Chakra is a Sanskrit word meaning wheel, or vortex, and it refers to

the seven energy centers in our bodies of which our consciousness,

our energy system, is composed. These chakras, or energy centers,

function as pumps or valves, regulating the flow of energy through our 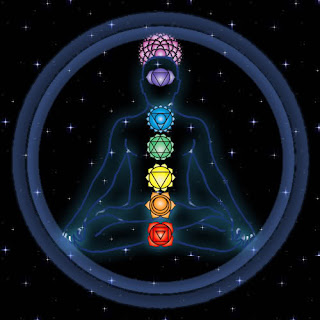 The chakras are not physical – they are energy organs. Chakras draw

energy from the atmosphere into the organism, where it is metabolized

and distributed through the body down to the cellular level. They

interact with the physical body through two major vehicles, the

endocrine system and the nervous system.

endocrine glands, and also with a group of nerves called a plexus.

Thus, each chakra can be associated with particular parts of the body

and particular functions within the body controlled by that plexus or

that endocrine gland associated with that chakra. In addition the chakra also correlate to levels of

One thought on “What Is Chakras ?”